On October 25th, 2013, the world lost an exceptional human being. After battling a long-term illness where he continued to pull himself back from the brink, Mr. Howard Lewis passed away. I consider myself incredibly lucky and blessed to have known such a knowledgeable horseman and wonderful man.

As a young veterinarian working the Chagrin Valley Hunter-Jumper Classic, I saw Mr. Lewis lead a client’s horse into the ring for the “jog”. (For those of you uninitiated into the hunter world, after some classes where the horse is ridden, the judge has to evaluate the horses trotting in hand to be sure they are not lame.) An amused observer brought me up to speed. “If your horse is a little bit off” she said, “you have Mr. Lewis take it in the jog. He’s so lame, the judge is distracted and doesn’t notice that your horse is sore”. His unsoundness was common knowledge, but do you know why?

As a small child, Howard Lewis was sitting with his cousins in some tall grass as his uncle mowed 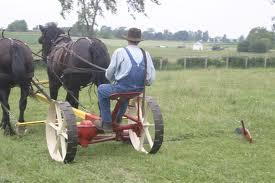 the field. The horse drawn mower approached, but the driver didn’t see the youths. Young Howard’s right leg was caught in the mower and severely lacerated. What kept the lower limb attached was the leather boot he was wearing. Over his young years he had numerous surgeries in an attempt to repair the leg, but was left with a very pronounced limp and a skinny calf and ankle. This chronic aggravation could have left him bitter and unmotivated, but Mr. Lewis wasn't the type to look for excuses and sympathy. It never stopped him from pursuing big dreams, jumping big jumps, and jogging footsore horses for friends.

Mr. Lewis worked on a neighbor’s farm as a kid, taking care of the cows and ponies. He des 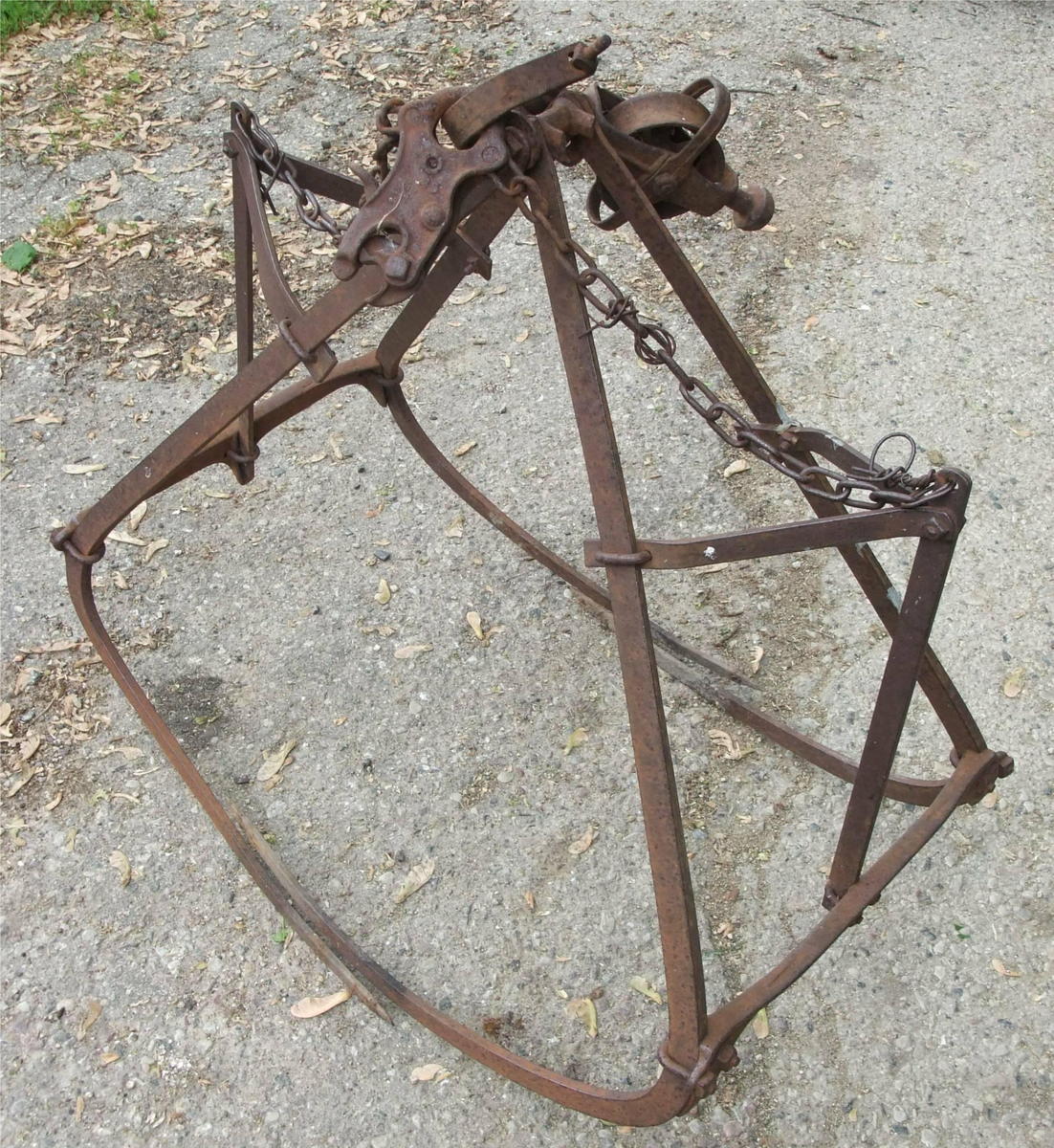 cribed how much work it was making hay, as they forked the loose hay onto a wagon in the field and then moved it into the loft. A hay grapple was attached to a rope that ran up and through pulleys. The far end was attached to a horse outside of the barn. (see images). “I was always amazed by that horse” he said. “He knew how far to go forward, would feel the weight let go (as the hay came off), and would go right back to the start for another load. All by himself! That was one smart horse!” It didn't have to be the prettiest, or have the straightest legs, but he knew an intelligent horse with a big heart was one he could be successful with. 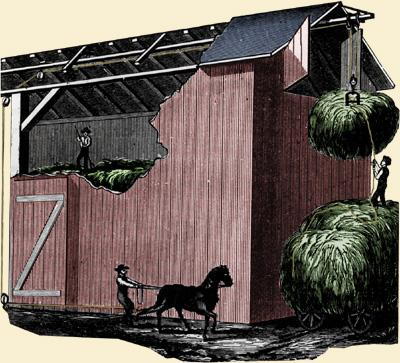 Mr. Lewis drove a tanker truck with fuel oil as one of his early jobs. People depended on his delivery for their lives and livelihood. One night in a blizzard, he had a call from a cold, desperate customer out of oil. He drove there in the blinding snow, delivered the oil, and promptly got stuck in the mounting drifts as he tried to leave the farm. He ended up staying there overnight and digging out in the morning. One evening as he was driving the truck, he saw someone on the side of the road, frantically waving his arms. As Mr. Lewis pulled to a stop, he recognized his veterinarian (who had obviously recognized Mr. Lewis!). Knowing he had a sympathetic, animal savvy hand, the vet pulled Mr. Lewis into the barn to help him deliver a calf that was stuck. Two hours later, a dirty, tired truck driver had to finish his other deliveries. That was Howard Lewis, always willing to give of himself to help others. 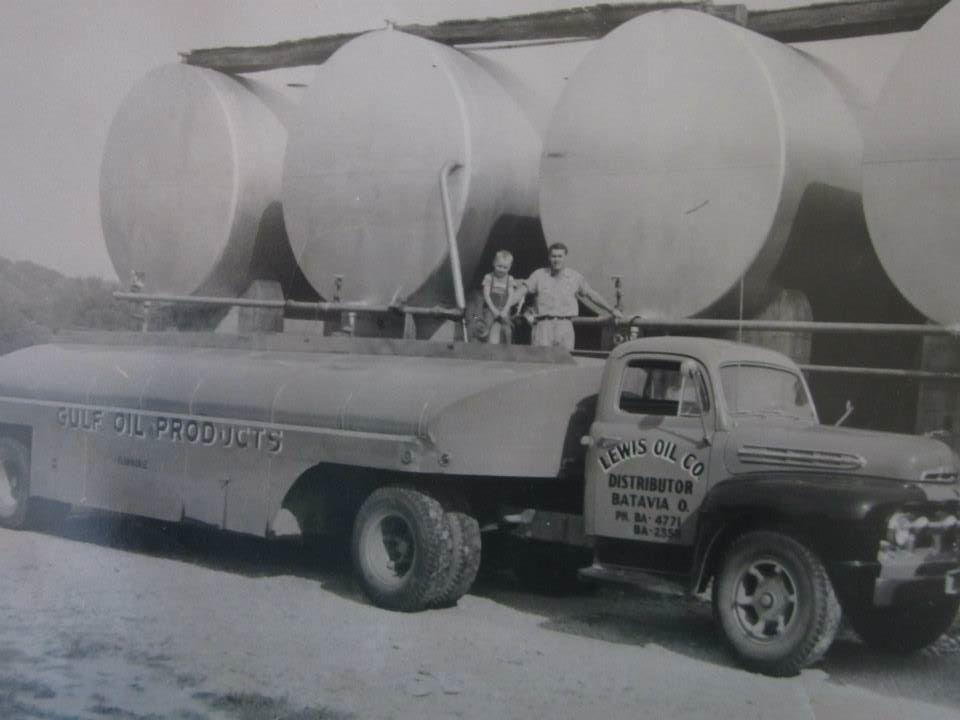 When my son Kody took up the trombone for high school marching band, I learned something that exposed an entirely different side of Mr. Lewis: He was a trombone player, and apparently a darn good musician! He played jazz in big bands and was offered the chance to tour across the country, making a living playing music. I asked him why he didn’t take the gig. “Well Doc,” he said. “I knew I’d be gone from home quite a bit, and I really didn’t want to travel.” I saw the irony and said “So you showed horses all over the country instead!” I believe that music comes from the heart, but it takes dedication and practice to  become that good. How many people have the talent and commitment to excel in such different professions? He was multi-talented and multi-faceted: artistic, with people and animal skills. 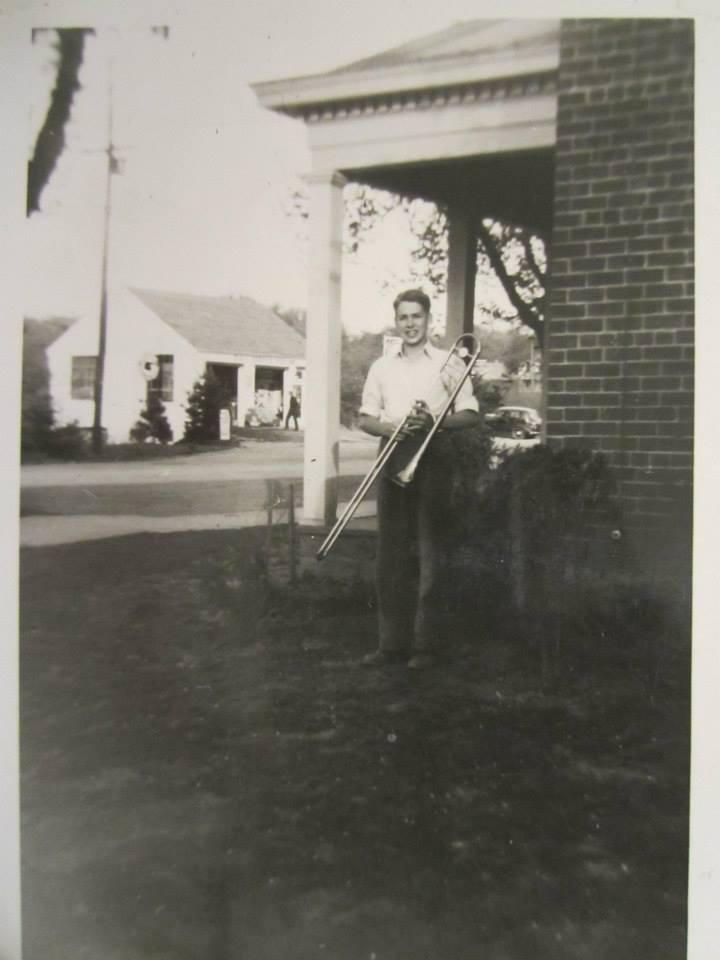 Thanks to the Lewis family for the use of these photos

My first year out of veterinary school I had a little rocky period. Among other things, a pony at the Chagrin Valley Hunt Club Stables had been kicked in the left hind leg. I addressed the cut, but the pony remained lame. I can remember Mr. Lewis jogging him for me on the blacktop behind the barn and discussing the case with him. The impact had fractured the splint bone. I missed it, and another vet made the diagnosis. My employer was very down on me, and limited my work excursions to three places; one of which was the Hunt Club. I found out why later: Mr. Lewis had my back and was keeping an eye on me. My employer was ready to kick me to the curb, and he spoke to Mr. Lewis, who he respected and trusted. Mr. Lewis assured him that I was young, but that I was going to be a good veterinarian. He saw something in me, even when I was in the doghouse. His kind words probably saved my job, and allowed me to climb out of the ditch and prove myself. Over the ensuing twenty two years, Mr. Lewis' words of encouragement, support, and understanding were a frequent blessing to me. I learned how to work with farriers and trainers by watching his example, never discounting or discrediting anyone's opinion, but giving his advice and ideas (which were right!) and doing the best thing for the horse.

Like all of you, my mood and spirit would improve whenever I’d see that golf cart appear. I loved that friendly face, great cheer, and never a negative word about anyone. Like many of you, I loved the times I could sit with him in that golf cart, maybe unrolling the hand-rigged, bungeed, plastic sheets to keep us from the rain, watching horses go around, and picking his sharp mind about the way they move, how to train, the old days, and observing his way with people.

For many years, Mr. Lewis held the Hunt Club stables together with baling wire, twine, horseshoes, horse sense, creative thinking, and a winning personality. He turned many horses into winners, a fair number of them achieving more than anyone expected. As someone once told me, “Mr. Lewis has forgotten more about horses than we will ever know.”

He knew how to bring out the best in us as well.

I will miss you, Mr. Lewis.