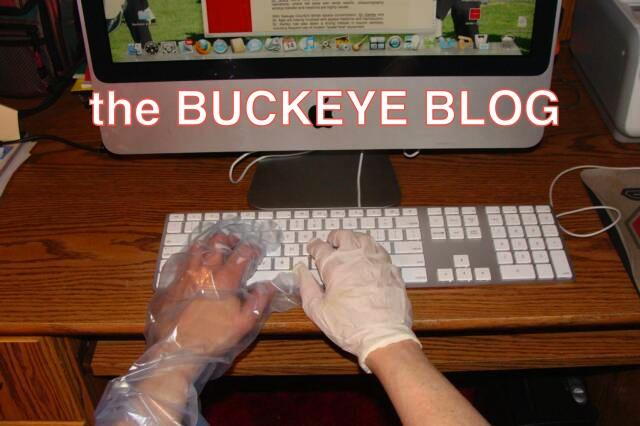 I am a huge fan of The Ohio State Buckeyes. Ohio born, Ohio bred. I bleed scarlet and gray. We have an entire room in my house devoted to Ohio State. It's a no brainer that I should work at Buckeye Veterinary Service. I love Ohio State football, and I pay some attention to the other sports as the year goes by. How I got this way is a bit of a mystery. Until I played football in seventh grade, I never had any exposure to the sport. My parents had no interest (Mom still doesn't) and there were no "local" professional teams to root for. (The Dallas Cowboys were good then, and I jumped on their bandwagon. Hey, they were COWBOYS!)

Since sixth grade I knew I wanted to be a veterinarian, and the Ohio State University was the only place to go for an Ohio boy. It was the only school I even applied to! My eight years there continually reinforced that I am a true Buckeye. I loved the campus, the opportunities, the entire experience. Saturdays in the fall were unbelievable: 95,000 people (before the stadium expansion) cheering and screaming their heads off for the football team. We lived and died with the wins and losses, taking every one to heart. In eight years, I only missed two home football games (for a wedding and small animal ICU), including all of the "preseason games" before we moved in for fall quarter. I have listened to multiple Ohio State games with an earphone during poorly planned weddings. (What else would you call it, if you are getting married during an OSU football game?) When Stephanie and I were planning our wedding, she suggested that we choose a date around Thanksgiving. The first words out of my mouth were "Not on Ohio State- Michigan game day!" (We had classmates who DID get married on that sacred day. You should have seen the aghast look on his face when I told him what day his fiance had picked!) 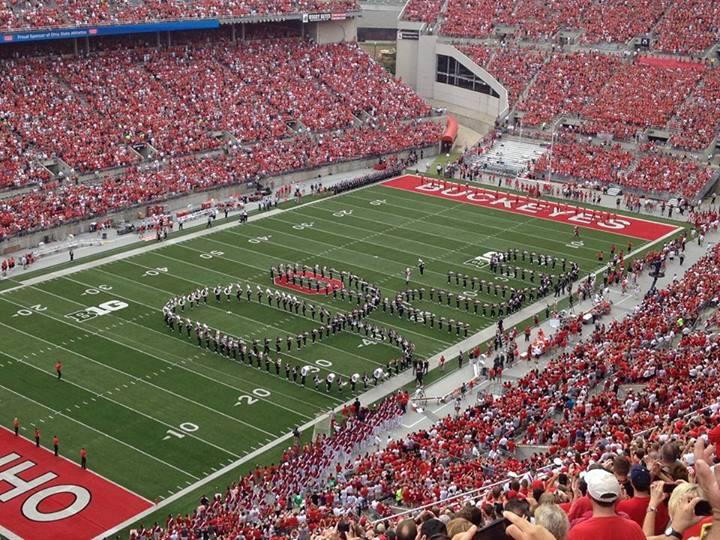 OSU vs. Michigan. (It's irritating to have to write Michi... ugh. Can't do it.  I'll just call it what Woody Hayes did "that state up north" or "TSUN") The pinnacle of rivalry games: the most intense, hateful, spiteful competition there is. It's a beautiful thing. The dispute over Toledo. Woody vs. Bo. The Ten Year War. The Game. Often it has decided the Big Ten champion and the Rose Bowl berth, and it always gives bragging/smack talking rights for the next year. While I was in school at OSU we were a miserable 2-6 against TSUN. BUT, when we won, in the words of Jeff Foxworthy, it was pandelirium!

Four years out of vet school, I had become pretty established at Northfield Park. I loved working on Standardbred racehorses, and particularly enjoyed the colorful trainers. Gerry Bookmeyer was very colorful. "Bookie" had been in the business along time, and had a reputation as a curt, foul-mouthed grump. His middle aged paunch and razor-stubbled, slightly jowly appearance enhanced his gruffness, but there was a lot more to Bookie than that. I liked him, and knew that he cared for his horses, his friends, and even the barn cats. He had great dirty jokes, was a smart horseman, and he liked to razz me about Ohio State. Bookie claimed to be a fan of TSUN, but I always wondered. He had an Ohio State sign on the wall in his barn, and a true Buckeye hater would have torn it down.


That year, 1995, Ohio State was kicking butt and taking names. They were 11-0 coming into The Game, with Eddie George tearing up the field (he won the Heisman Trophy a few weeks later). This was the best team coach John Cooper had produced, and was ranked number two in the country.  Win this game and go to the Rose Bowl with a chance for the National Championship. TSUN was 8-3 and ranked18th. Cooper had not had much luck in this game (he had lost 6 of 8), and had even tried to downplay its importance, to the disgust and ire of Buckeye fans everywhere. This was the year! It was destiny, all the planets were in alignment, it couldn't be denied: we were going to kick some Wolverine butt!

Now I'm not usually talking smack, because so many times we've come out on the wrong end, but THIS year...
"Hey Bookie! Why doesn't Ohio fall into Kentucky?
Because Michigan SUCKS!

What does a Michigan graduate say to an Ohio State graduate?

Welcome to McDonald's. May I take your order please?

How do you get a Michigan graduate off your porch?
Pay him for the pizza!

We are going to thrash you guys!"
This went on all week, and Bookie would just chuckle under his breath and say "We'll see, Buckeye!"

Needless to say, on November 25th, things were not going so well for the Buckeyes. Somehow a TSUN tailback named Tshimanga Biakabutuka (no really, that was his name) was running roughshod over my team. At the half we were still in the game, behind only 10-9, but the feeling of an upset, the deflation of the team's confidence, was palpable even through the TV. I was watching it at home with that familiar sick feeling twisting in my stomach when my emergency pager went off. I dialed the number, and the lady at the answering service gave me the information.

"Dr. Keckler? I was pretty concerned when I took this message, but now I think it's some kind of a joke. A Mr. Gerry Bookmeyer just called. He said he's got an Ohio State horse, and it's either choking or there's something wrong with its heart."

THAT was pretty darn clever (and very true). He got me, and I deserved it for running my mouth all week.

Biakabutuka rushed for 313 yards (Heisman trophy winner Eddie George only ran for 104 yards) and we lost 31-23. A crushing defeat. Humiliating. NORTHWESTERN went to the Rose Bowl. John Cooper was fired in 2000 with a revolting 2-10-1 record against TSUN. He never understood The Game. I never taunted Bookie again.