RICH PETERSEN- The Anvil is Quiet

I was wet behind the ears as a veterinarian when I stumbled into Rich Petersen’s world. Every Monday morning for many years (and still to this day), I would go to the Chagrin Valley Hunt Club. The fact that I would frequently be standing in the drive, evaluating a potentially lame horse, with Mr. Howard Lewis and farrier Rich Petersen, seems amazing to me now. Two great horsemen with decades of experience. And me. Amazing.

The relationships that I have with blacksmiths now, (hopefully mostly good), have all been strongly influenced by my interactions with Rich in my formative years.

Rich Petersen. He’s a little cocky. You can see it in his posture: chest out, arms wide, like a body builder without the huge muscles. Opinionated? He’ll tell you exactly what he thinks. And those blue eyes: icy, sharp, and intense when he’s unhappy with you, but sparkling and bright when telling a story, or causing his brand of trouble. Do you think that combination can be a little intimidating? It sure was.Lucky for me, I found out that beneath the veneer, there was a good hearted, loyal friend. 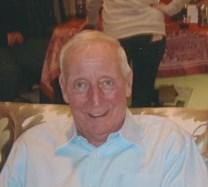 Pretty quickly, I stepped on his toes. (Appropriate I guess, for a blacksmith).  A lame horse was presented to me, and, upon evaluating the foot, I found one heel of the shoe was turned in. It crossed the sulcus and was over a portion of the frog. Speculating that the metal compressing the soft tissue could be uncomfortable, I suggested that “maybe there’s too much frog pressure”. Of course, that comment got back to Rich in a hurry.

“Hey vet.” (He called me “vet” fairly often, and probably several other veterinarians) “Why’s this horse lame?” Now I have to tell him that I think this horse is unsound because of his shoeing job. And he already knows what I think… “Um, well…” I pick up the foot. “ I, I think the way this shoe turns in causes too much frog pressure.” There. I said it. I think he snorted. “Too much frog pressure?” He shook his head with a low chuckle and walked away.

The next Monday, Rich saw me coming down the aisle. “Hey vet! I got something to show you!” His eyes were twinkling. He reached up on the dash of his truck and pulled out a rubber frog, larger than his palm. Positioning hoof testers on its’ midsection, he squeezed. The frog let out a “BLAT” and a red rubber tongue unfurled from its’ mouth. “Now THAT is too much frog pressure!”

Interacting with Rich taught me quite a bit. The farrier sees those feet at least every six weeks; is aware of how the foot grows, and knows what has (and hasn’t) worked in the past. He is much more in tune with the subtle changes that may be going on. He has his own ideas and knows what works best in his hands. And what a challenging, back breaking job! I learned to value the farrier’s opinion and have discussions about what would be best for the horse. I will make suggestions as to what I think should be changed and why, and ask for the blacksmith’s thoughts. The vast majority of the time, I get mostly what I’d like done, but often from a different, more creative direction that the farrier contributed.

Again, early in my career, I was telling Rich about the huge Belgian mare I was seeing in Amish country. She had a monstrous abscess in her left hind hoof, and was tossing me around like a rag doll as I was using shoe pullers on her sore foot. “Here’s what you need”, he said, and produced a tool from his truck. “Crease nail pullers. Pull those nails one at a time instead of tearing off the whole shoe. That’ll save your back.” Before I could order some, Rich handed me a brand new pair. He got them for me. And he was right: those nail pullers bite down into the creases and allow you to remove single nails, without tearing up the hoof in the shoe removal process. And if the foot is painful, you are only causing discomfort in a limited area. I still use those every time I pull a shoe.

Whenever I would pull a shoe, Rich would tell me “Why don’t you put it back on yourself?” When I’d protest, he’d say “Just use the nail holes that are already there! I’ll teach you.” I never took him up on it, as I assumed the horse would be more lame if I put on the shoe…

He was the one who told me, once I had the nails removed from a shoe with side clips, to tap down on the heels to get it to come off the foot. Simple. But I didn’t know. He always said the vet shouldn’t have a hoof knife too sharp: he might do damage to himself or the horse. He’s probably right, but he’d sharpen my knives anyway. One thing I heard over and over again was “If a blacksmith is working on a horse, and the owner sees some blood on the floor, THAT is a problem. But if the vet is standing there with him, you can have a whole puddle of blood and the owner is fine with it. Apparently, the vet makes it OK.” We had a few puddles over the years.

Rich reminded me twice in the last year of a case we had at the Hunt Club. I think it left an impression on him. The horse was very lame in the right front, with a big digital pulse and sensitivity to hoof testers across the outside wall. (He frequently accused me of “reefing down with those damn hoof testers”, which I assumed meant squeezing too hard!). I brought the horse down to Rich who was at his customary place at the end of the aisle, and we explored it together. (Which meant he did the work while I watched and made suggestions/comments.) Pursuing a black spot just outside the bar near the lateral heel with his (sharper than my) hoof knife, Rich opened up a pocket that drained copious, dark grey, putrid smelling pus. There was the answer to the lameness! The small hole he had cut into the sole seemed to open into a large pocket. He lifted the edge and gradually trimmed more away, exposing a cavern that had been filled with the dark discharge and creating a soft, false sole underneath. He kept looking up at me. “Well vet, how far do we go?”, knowing that if he hit blood and I was standing there, it was “OK”. Agreeing that it most likely needed to be opened and cleaned up, he kept carving the margin of the sole away. When he finished, the undermined sole ran from the lateral heel to the medial toe. We had taken off over half of the compromised sole of the foot! THAT was a huge subsolar abscess!

Much has been made of Rich’s affinity for practical jokes, but the one he told me about (with that sparkle in those blue eye) was on him. Rich was great friends with another practical joker, Dr. Dick Novak, who we also lost too soon. When Rich’s truck was parked outside of Chagrin Valley Farms for a few hours, Dr. Dick blew up a palpation sleeve and tied it to the grill of the truck. When Rich drove away and picked up a little speed, the sleeve, looking for a split second like a failing human arm, flipped up and waved at him from the front of his hood! Obviously it was quite a shock to Rich, and I’m sure it set off a flurry of tricks and jokes.

His Welsh ponies. Rich loved those ponies. The only time I saw this tough, proud man get emotional was while we were trying to save Glory, his favorite old stud. He had foundered severely, and nothing we tried could make him comfortable. I spent a fair amount of time with Rich and Bobby Hawk, trying anything that made medical or physical sense to help him. The frustration for Rich was compounded: this was his pony, with feet problems, and he was the farrier. Choked up with red eyes, his heart was breaking. Tough exterior, sensitive inside.

Knowing Rich made me a better veterinarian. He showed me how to successfully communicate with blacksmiths. He was a great horseman who has trained and influenced many of the farriers in the area, even holding “Hammer Ins” at his farm for many years. Only recently retired, he didn’t have a chance to enjoy it, but he told me how much he loved having his daughter living with him, and how great it was to have his grandson wake him up every morning.

Rich, you were taken too soon. I’ll miss you. Sorry about that “frog pressure” thing…