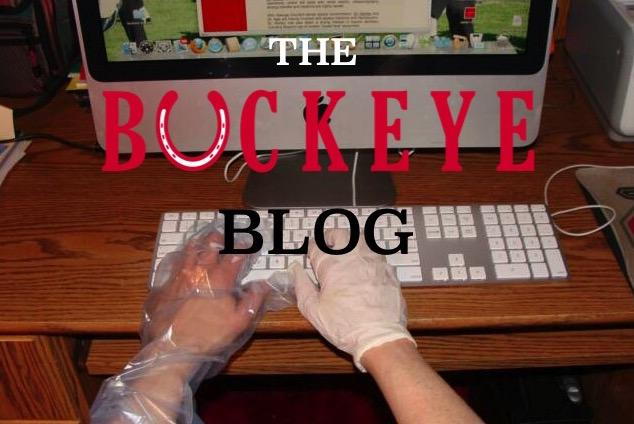 Early in the 1990's, my wife Stephanie and I lived in a condo in Chagrin Falls. In the rare down time I had from work, occasionally we enjoyed a drive down Chagrin River Road. I always enjoy imagining what the area would have been like in its heyday: the black shuttered white painted homes and carriage houses, stone fences, "U" shaped barns, chattering river, and coups along the road for the Fox Hunt. The Hunt doesn't happen there anymore, but it's easy to visualize the red and green coated riders galloping after a slew of hounds hot on the trail of a wily fox. Pretty romantic stuff.

As we were returning home one summer weekend afternoon in the vet truck,  windows open, radio on, enjoying the drive, we noticed something strange by the road. Near the Washington Street intersection, on the east side of the street, is a strip of grass that runs up to the woods. Right there in the open was a red fox chewing on something. We pulled the truck up next to it and looked it over from the window. Normally seeing wildlife in nature holds a special thrill, but this was not a healthy fox. My best guess would be that it had some ecto-parasite: mange, lice, Heidi Montag, something.

The skin on his face was thickened and rolled to the point that most of his eyes were obscured (kind of like a Char Pei). His body was scrawny with patchy hair and raw areas from scratching, which he did every few seconds, reaching up with a hind foot to quickly claw at various areas. Between scratches he would give an all over body shake, like a dog after a bath.  His tail, usually bushy and beautiful, was scraggly and scaly with wisps of hair. He was gnawing on a raccoon leg, working it in his mouth as best he could between frantic scratches. This didn't look normal, and made me itch just looking at him.

"Hey!" I yelled at the fox. He scratched, shook, and continued to chew on the leg of raccoon. I don't think he heard me. I shouted at him again, and got no response. My wife Stephanie, who is a small animal veterinarian, (we met in veterinary school) agreed that something wasn't right.

"Something isn't right", she said. We discussed what we should do about this pathetic, sick animal. He probably was immunosuppressed to be so severely affected by the parasites. He had no fear of humans, nor did he care about the truck running just a few feet away from him. He didn't mind being out on display in broad daylight. He could possibly have rabies, or some other disease that could be harmful to people. I called the Chagrin Falls Police Department to get someone out to put this fox out of his misery.

"I'm sorry, we don't handle that sort of thing. I'll give you the number for the Gates Mills Police Department." the operator said. Undeterred, I called the Gates Mills Police. They would send someone right out. We pulled the truck up and turned around, parking facing north, off the side of the road, with the fox visible in front of us to our right, in the same place we'd found him.

A few minutes later, a police car with the blue lights on pulled up and parked behind us. Up to my window walked a uniformed policewoman, busily over-chewing her gum with smacking noises. Her too-black hair was piled up in a makeshift, bobby pinned bun, and her make-up was a little too bold. "I see 'im." She says, popping a small bubble. "Don't look too healthy."

"What are you going to do with him?" I asked.

"Oh, nothing. I'm going to wait on my partner, Schmitty. He's on the Moreland Hills SWAT Team".

My inside voice said "Moreland Hills has a SWAT Team? What happens in the upper class city of Moreland Hills that they would need a highly trained, tactical group that specializes in weapons and sieges and defusing bombs and capturing crazed communists holding hostages in a stand-off?" (Maybe I watch too much TV.) My outside voice said "Oh, OK."

(I could see it all: a camouflaged, armored Humvie comes tearing up and screeches to a rubber searing halt in front of the fox. The rear doors burst open, and 15  jumpsuited, flak jacketed soldiers fly out  one after the other, guns at the ready. "Hut, hut, hut ,hut". They surround the itchy fox, rifles pointed at him. "Alright", the commander barks, "Drop the raccoon leg, and get your paws in the air." Definitely too much TV.

Time passed. We waited. The fox continued to chew, scratch, and shake. Finally, another police vehicle pulled up behind the first, more blue lights flashing. A tall, dark haired policeman lurched forth in my drivers' side mirror. "Schmitty", I presumed.  There was no effort to be stealthy, and no hurry. This guy moved like John Wayne. As he approached from behind us, I imagined that I could hear his spurs clinking on the hard-pack scrabble of the western plain. This tough lawman was about to meet his destiny...

So, after chewing and scratching all this time, as the SWAT Team member slowly lumbered alongside my truck... the fox decided to turn and nonchalantly wander off into the woods, shaking and scratching all the way. "Schmitty" had never even seen the fox. He brandished his firearm and pushed his way into the underbrush and saplings at our direction, hot on the trail. Or not. We watched, incredulously, losing all confidence in the situation.

After hearing the policeman thrash around in the undergrowth for several minutes (so much for sneaking up on the fox) Stephanie and I had wasted enough time and had had enough "entertainment" for the afternoon. I pulled the truck forward and turned around, going south past the SWAT dude (Schmitty, still beating the bushes), his partner, (still working over the chewing gum) and their squad cars (with the blue lights still twirling).

Just beyond them we saw a familiar sight trotting across the road, going away.... the mangy, pathetic fox, still carrying that raccoon leg.

He had outfoxed us all.

Maybe we needed hounds and horses.